Putting the focus on patients

A more efficient reimbursement process is needed to ensure that patients in Switzerland can benefit sooner from medical innovation.

Rapid access to innovative therapies and medical services is of central importance for the quality of healthcare provision. This ensures that patients are able to benefit from progress in medicine. For instance, major progress has been made with cancer therapies over the past ten years. There has been a significant improvement in treatment outcomes with some cancers, and therapeutic progress is even being made with certain cancers that have already developed metastases.

Swiss patients generally gain rapid access to medical progress. This was confirmed not least in the Comparator Report on Patient Access to Cancer Medicines in Europe, published by the renowned Karolinska Institute in Sweden in 2016.

In recent years, however, delays have arisen both in the authorisation of new medicinal products and in their being accorded reimbursable status by providers of basic health insurance. In particular, Switzerland has fallen behind the European Union in terms of access to highly innovative medicines for life-threatening diseases. In some instances, important cancer therapies that are covered by the social health insurance systems in many EU countries were not included in the Swiss List of pharmaceutical specialities (LS) covered by basic health insurance until more than a year after they became available elsewhere. Developments of this kind are problematic in that they lead to two-tier healthcare precisely with respect to highly innovative medicines for patients who are dependent on the solidarity of the health insurance system.

Further efforts therefore need to be made to make the associated processes internationally competitive once more. The pharmaceutical industry is a champion of rapid and equal access to new medicines for all patients.

Importance of the pharmaceutical industry in Switzerland 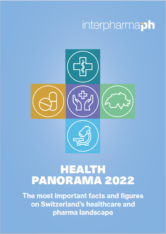