Leader in research and development

Pharmacological and technological innovations will lead to rapid improvements in medicinal products.

A disease is considered to be rare if it affects no more than 5 in every 10,000 people. To date, between 6,000 and 8,000 rare diseases have been described worldwide, and new ones are being identified all the time. The majority of rare diseases have a genetic basis, but the cause of many has not yet been discovered.

Awareness of the problem of rare diseases is low in Switzerland, although more than half a million patients are estimated to be affected. This figure is far higher than the number of people with diabetes.

Rare diseases are very often severe, take a chronic course and can be disabling or life-threatening. The difficulty is compounded by the fact that it usually takes much longer to reach the correct diagnosis than with more common diseases. Knowledge about the course the disease takes is often lacking and there are few options for therapy. If a medicinal product is available for people affected by a rare disease, the situation regarding reimbursement of the cost by the health insurance providers is in many cases unclear.

In 2014 the Federal Council ratified a National Concept for Rare Diseases, comprising 19 actions designed to achieve seven objectives. The implementation of the concept was extended for two years until the end of 2019. A subproject focused on international networking rounds out the original implementation plan. The goal is to identify ways of ensuring that Swiss experts are able to participate internationally in activities relating to rare diseases.

The FOPH has organised these actions into five projects for operational purposes. One central action that deserves special attention is the designation of centres for rare diseases, care networks and disease-specific reference centres. These structures are intended to give patients access to good treatment throughout the course of their disease and to offer further training to healthcare professionals.

Looking to the future

We are gradually learning how more and more rare diseases develop. This knowledge is the foundation on which new therapies are based. Rare diseases are often caused by a relatively simple mechanism. In some cases, the medicines used to treat a rare disease are also effective in other, more common diseases. Expectations are high for gene and cell therapies and personalised medicine since a large proportion of rare diseases have a genetic basis. Stem cell research could also contribute to the therapy of rare diseases. Major progress can be expected in diagnosis, in particular.

The research-based pharmaceutical industry in Switzerland is a front runner in research and development in the field of rare diseases. Swiss manufacturers of medicinal products rank highly among the companies that have been granted product authorisations by the regulatory bodies in the USA and Europe.

Article on the topic

Our commitment in the special situation - diagnostics, medicines, vaccines

Importance of the pharmaceutical industry in Switzerland 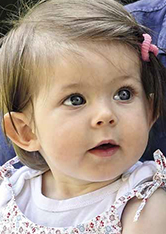