The relationship between Switzerland and the EU has been in a sorry state since the Swiss Federal Council broke off negotiations on a framework agreement with the EU in May 2021. Yet both sides have a vital interest in a good, stable partnership. The present situation undermines the competitiveness of research-based pharmaceutical companies in both the EU and Switzerland. Both sides should therefore return to cooperating pragmatically and put an end to the deadlock.

The communication that Martin Selmayr sent to the European Commission in 2019 was substantial. The then Secretary-General stated in an instruction that Switzerland’s access to the EU single market should not be updated or expanded until a framework agreement had been concluded. As we know, the EU has adhered to this principle. What is less widely known, though, is the exception it contains. If “overriding interests” are involved, the EU can continue to intensify cooperation with Switzerland. With these interests in mind, the EU amended the inland transport agreement in the summer of 2021. Unfortunately, this level of pragmatism has so far not extended to the areas that are important for the research-based pharmaceutical industry. Switzerland is not associated with the Horizon Europe research programme, nor is the EU interested in amending the agreement on the mutual recognition of conformity assessments (MRA). This has already led to a situation in which the Swiss med-tech industry can no longer participate in the EU single market, and this is presenting a challenge to the security of supply in the EU and Switzerland. A glance at the statistics clearly shows that overriding interests also exist in the pharmaceutical sector: in 2019, Switzerland was the second most important market for EU pharmaceutical products after the USA, accounting for 6.1% of all exports. Conversely, Switzerland is the EU’s major source of imports, accounting for 13.3%. The European Commission is adhering to its pharmaceutical strategy: its aim is to ensure the supply of medicinal products through secure supply chains. Given the degree of networking that exists, Switzerland must be a central partner if this goal is to be achieved. Swiss companies are not only manufacturers of ready-to-use products; they are also system-relevant suppliers of active pharmaceutical ingredients (API) to companies in the EU. 17.2% of these API originate in Switzerland – the share of antibiotics is as much as 20.8%.

The EU should not undermine its goal of resilient supply chains for reasons that are immaterial.

The MRA between Switzerland and the EU ensures that technical trade barriers are eliminated from trade in pharmaceutical products. This avoids multiple certifications of batches and inspections of production facilities – which ultimately lowers transaction costs substantially. The current situation in the medical technology industry shows what happens when these means of facilitating trade cease to exist. The failure to update the MRA has resulted in interrupted supply chains and supply bottlenecks on both sides. In the coming years the EU will adapt its acquis in the context of its pharmaceutical strategy. This will also affect Sections 14 and 15 of the MRA with Switzerland. One thing is clear: if the MRA with Switzerland is not amended for reasons that have nothing to do with trade and are politically motivated, the EU will be undermining its strategic objective of resilient supply chains, and this will harm not only Switzerland but also European patients and the position of Europe as a hub for the research-based pharmaceutical industry. This external economic dimension should therefore be taken into consideration when the EU’s pharmaceutical strategy is approved.

Research collaboration is a success story

Further overriding European interests exist in research collaboration. The ability of researchers in Switzerland to work on projects within the framework programmes on an equal footing with colleagues based in the EU enhances the attractiveness of research establishments in the EU and in Switzerland. In the past, Switzerland was not just one of the major sources of funding, with contributions in excess of CHF 2 billion; it also played a successful role in hundreds of projects every year – a reflection of the excellence of the country’s research capabilities. The following figure illustrates the significance of networking between researchers for the country. According to surveys carried out by EFPIA, Switzerland was the second biggest investor in research and development in Europe in 2019; its contribution of more than EUR 6 billion was topped only by the EUR 8.5 billion invested by Germany. The EU has also refused to sign an association agreement for Horizon Europe, meaning that Switzerland is not currently able to participate. Valuable innovation networks are threatening to fall apart. This, too, weakens both research bases and promotes orientation towards the USA and Asia, to the detriment of our continent.

European cooperation as the sine qua non for a strong continent

Switzerland and the EU are closely interlinked not only in economic and cultural terms but also on a personal level. The association of Switzerland to Schengen (and Dublin) and freedom of movement have contributed to a situation in which 330,000 cross-border workers commute between Switzerland and the neighbouring regions daily, and nearly 1 million EU citizens work in Switzerland. Close cooperation offers great opportunities for both sides in the future too – and failure to cooperate harbours the corresponding risks. Consider the security of the power supply (electricity agreement) or the European health data space. Network effects are the lifeblood of such systems. Here Europe must cooperate as a whole. For the EU will only play a relevant role on a global scale if it is able to involve Switzerland, a direct neighbour at the heart of Europe, pragmatically to create a strong base. The current vacuum in bilateral relationships means planning uncertainty for pharmaceutical companies both in the EU and in Switzerland. This inhibits investment decisions, particularly in an industry with long-term development cycles. It takes ten years or more for a new medicine to reach the market. In other words, neither the EU nor Switzerland can afford to let time go by unnecessarily. Both sides need to formulate constructive solutions – waiting, delaying or manoeuvring in this situation will benefit nobody.

Conclusion: United we are strong

International competition in respect of business locations in the pharmaceutical industry has become more intense. Both Switzerland and the EU must prove themselves against the USA and Asia. In the past they had one major advantage in this endeavour, namely the close cooperation and integration of the pharmaceutical industry on each side through bilateral agreements. The EU and Switzerland must not now relinquish this competitive advantage lightly by allowing existing agreements to erode or failing to conclude new ones for dogmatic reasons. What are needed are a constructive dialogue and rapid solutions. Global competitiveness to safeguard investments, jobs and the supply of essential medicines cannot be achieved by either Switzerland or the EU alone – it must be a joint effort. A rational and pragmatic approach is now required from everyone involved. 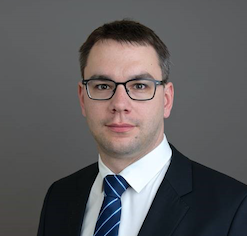 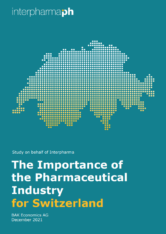 The importance of the pharmaceutical industry for Switzerland