While the prices for consumer goods and services in the nine European comparison countries are around a quarter cheaper than in Switzerland in 2019 according to the European statistics authority Eurostat 2019, the average price level of patented medicines in other European countries is only slightly lower than in Switzerland at 4.5%. This is shown by the eleventh joint foreign price comparison of Interpharma and santésuisse.

According to this year’s foreign price comparison, the 250 best-selling patented original preparations on the specialities list were on average 4.5% cheaper than in Switzerland in the nine countries compared, at an exchange rate of CHF/EUR 1.15 applied by the FOPH during the review. Thus, the price difference of patent-protected drugs has further decreased compared to the previous year (7%), mainly due to the regular price reviews by the FOPH. Expired original preparations cost 10% less abroad.

The pharmaceutical industry is the only player in the health care system that regularly contributes to savings in the health care system with institutionalised reviews of drug prices. Since 2012, over one billion Swiss francs have already been saved through drug price reductions. The Swiss pharmaceutical industry stands by this contribution, but in return is committed to ensuring rapid access to innovations for patients in Switzerland. Regrettably, the figures show an increasing backlog in the inclusion of innovative medicines in the reimbursement obligation. Last year, only 24% of the products applied for reimbursement were included on the specialities list within the 60 days provided for in the ordinance. The number of applications that have not yet led to inclusion in the compulsory health insurance scheme reached a new high in 2019 with 136 products. According to a study by the University of Zurich for the years 2018 and 2017, oncology products were only reimbursed by the health insurance companies after their approval by Swissmedic after a long delay of 463 and 660 days respectively on average.

Time span between Swissmedic approval and SL admission and cumulative non-inclusion (in days); 2014-2019 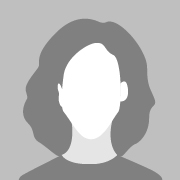