Breakthrough innovative medicines and treatments are partly the result of animal experiments. Given the biological similarities between humans and animals, it is possible to transfer the results of experiments. As part of a multi-part blog series, we present this year’s Animal Welfare Report:

In pharmaceutical research, animal experiments take place in the preclinical phase of the long path that leads to a market- ready medicine. It usually takes many years to reach this stage. Researchers generally test hundreds of thousands of substances before they find one with the potential to inhibit or positively influence the course of a particular disease. At first, the experiments in this journey of discovering new active pharmaceutical ingredients (APIs) involve solutions and cell cultures. Animal experiments only take place once certain conditions have been fulfilled. They are used to determine how the drug candidate is metabolised by the organism and if it produces detrimental effects. Only when a substance has successfully completed all the prescribed preclinical trials – in other words, once it has been shown to be safe and effective in cell cultures and animal experiments – can it be tested in clinical trials in humans. Why only then?

The international community has committed to ethical and legal principles for human research by adopting various reports and declarations. For example, the World Medical Association’s Declaration of Helsinki of 1964 states that the testing of new treatments must protect the health and interests of the people taking part in research. The Declaration of Helsinki became and remains the basis of many countries’ legislation on biomedical research. Accordingly, clinical trials involving a small number of healthy volunteers and subsequent trials in patients are only permissible today if the associated risks have been minimised or can be excluded.

This means that as much as possible has to be known about the safety and efficacy of a new API before it enters clinical trials in humans. To ensure this is the case, animal experiments are still prescribed in addition to methods that do not involve animals, such as cell and tissue cultures, computer simulations or what is known as organ-on-a-chip, which reduce or partially replace animal experiments. One of the aims of animal experiments is often to identify the harmful effects of a new API at an early stage. Ensuring the animals’ well-being to the maximum extent possible is a priority in such cases. Alternative methods that do not involve animals, such as those mentioned above, are now commonplace in biomedical research. They are frequently used for biological systems that have already been extensively researched.

When there aren’t enough volunteers

In addition to basic ethical considerations, one of the reasons researchers use animals for experiments is because humans are not always ideal subjects for investigating biomedical issues. Organisms that reproduce quickly, such as zebrafish or mice, are more suitable, particularly for researching hereditary diseases. There are often insufficient human volunteers for scientists to be able to research the genetic, physiological or anatomical causes of many rare diseases. This means that animal experiments are needed to gain an understanding of the disease or to develop APIs to treat it. But why are experiments involving animals even suitable in the first place?

Every medicine, every treatment and almost all medical devices that are used worldwide to alleviate disease or help patients recuperate were developed with the aid of animal experiments. There are various reasons why animal experiments are necessary to research diseases and develop new medicines and innovative treatments. One key reason is that such research is by its very nature biology-driven. Basic biological research is impossible to conduct without living organisms. Without biological research involving living organisms, we would not now know how animals survive in their environment, for example, and what they need to do so. This knowledge also benefits medicine and pharmaceutics because things that make animals ill are frequently also harmful to humans.

Valuable pointers on the cause of disease

In evolutionary terms, animals and humans are related. They share common ancestors and thus also biological similarities, even if these are not always equally pronounced. As evolution has progressed, nature has retained a large number of processes. Hence research with animals can deliver valuable pointers on the cause of diseases and the effect of medicines. It provides information on desirable effects and brings around 70 percent of undesirable effects to light. 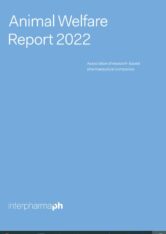